Sony recently released a version of their popular PlayStation 3 video game console for people who don’t play a lot of video games. Sure, it comes with a controller and everything and it plays PS3 games, but it’s not for hardcore gamers. In an effort to compete with Microsoft’s 4 gigabyte Xbox 360 system at the same $199.99 price point, Sony’s most recent incarnation of the super-slim PS3 model eschews a traditional hard drive in favor of 12 gigs of NAND memory (aka flash memory).

See, all the hardcore PS3 gamers are snickering right now. They know that if they want to play more than one or two games on this thing at a time, they’ll either have to delete and reinstall games every time they switch between titles, or invest in a memory solution like an external hard drive or flash drive (both completely compatible if formatted in FAT32 on the nearest PC). They know all of this because many PlayStation 3 games require you to install them to the console’s internal memory to be played. While a lot of games only require a few gigs, some of the more recent triple-A gaming experiences like GTAV (8 gigs) and Splinter Cell: Blacklist (12 gigs!) require quite a bit more. 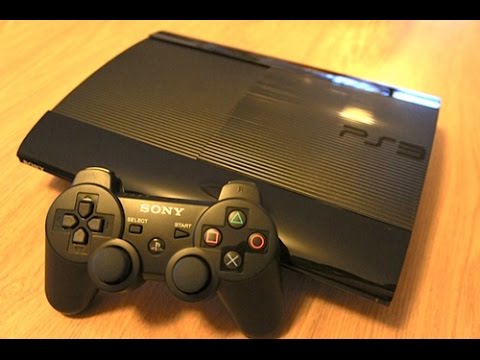 So right now, you may be asking, “Well then, who should buy this thing?” The answer is “Pretty much everyone except for hardcore gamers.”

Let’s be honest, these days a PlayStation console is a lot more than a video game machine. First off, they also play DVDs and Blu-ray movies, a must-have component for any movie lover’s living room. Yes, to get the upgraded picture quality benefit from your Blu-ray movies you would have to upgrade the cord included with the system. But a component or HDMI cable is a small added cost for a major upgrade in picture quality. I’ll just come right out and say it: if you have an HDTV and you’re watching standard definition DVDs, then you’re doing it wrong.

The PS3 also surfs the web, and while you can use the controller if you want to, for a more PC-like internet experience you can connect your USB keyboard and mouse. Along with that internet connectivity, there also comes access to streaming services like Netflix, Hulu and even YouTube. There’s also been a lot of chatter in tech news lately over a deal Sony and Viacom are inking. The deal would purportedly allow Sony to offer its customers access to Viacom’s television channels, which includes networks such as MTV and Nickelodeon, on an internet streaming based service. In short, we’re talking about live cable TV over the interwebs. Sony has already approached other network providers such as Disney and Warner Brothers as well. It will be interesting to see if Sony is able to come to some sort of agreement with these, or others, over the coming months.

Even if you don’t want to subscribe to a streaming service like Netflix, the PlayStation 3 also allows you to stream media content from a capable PC. This means that you can watch your video files, listen to your MP3s and browse your pictures straight from your computer right onto your big screen TV. All this functionality, and the PS3 still plays games too. Sony (and let’s be fair, Microsoft too) has done quite a bit over the past ten years to make their systems not only a game box, but the real focal point of the modern entertainment center. So while the 12 gig PS3 may not be the best choice for the ‘hardcore’ gamer, it’s a great buy for anyone looking for an all-in-one Netflix/Blu-ray solution for their living room. It’s also a great gift idea for the casual gamer, the video game curious media junkie, or the parent that wants their kid to get Skylanders off the household TV and take it back into their room. Pick one up at your local Slackers today!