Scientists have spent a good part of the decade trying to improve solar-powered panels which are used in harvesting energy from the sun. While modular panels are widely being used in houses and commercial spaces, the idea of installing them on roadways is picking up steam fast. But the latest idea to hit the streets (literally) is that of paving the roads with solar panels made of ruggedized glass in place of the usual asphalt.

Roads that Pay for Themselves

As far as solar technology news goes, while this plan seems a bit crazy and unorthodox, it’s the idea of Scott and Julie Brusaw who are residents of Idaho. The husband and wife team developed their modular pavement system back in 2009. Today the couple claims that solar panels that will be used in their project can withstand a load of over 250,000 pounds (which happens to be four times the legal weight of a semi truck) and can last for up to twenty years. The robust panels will also be able to melt both snow and ice on contact along with providing warm light via LED bulbs so that drivers can see debris along the road. 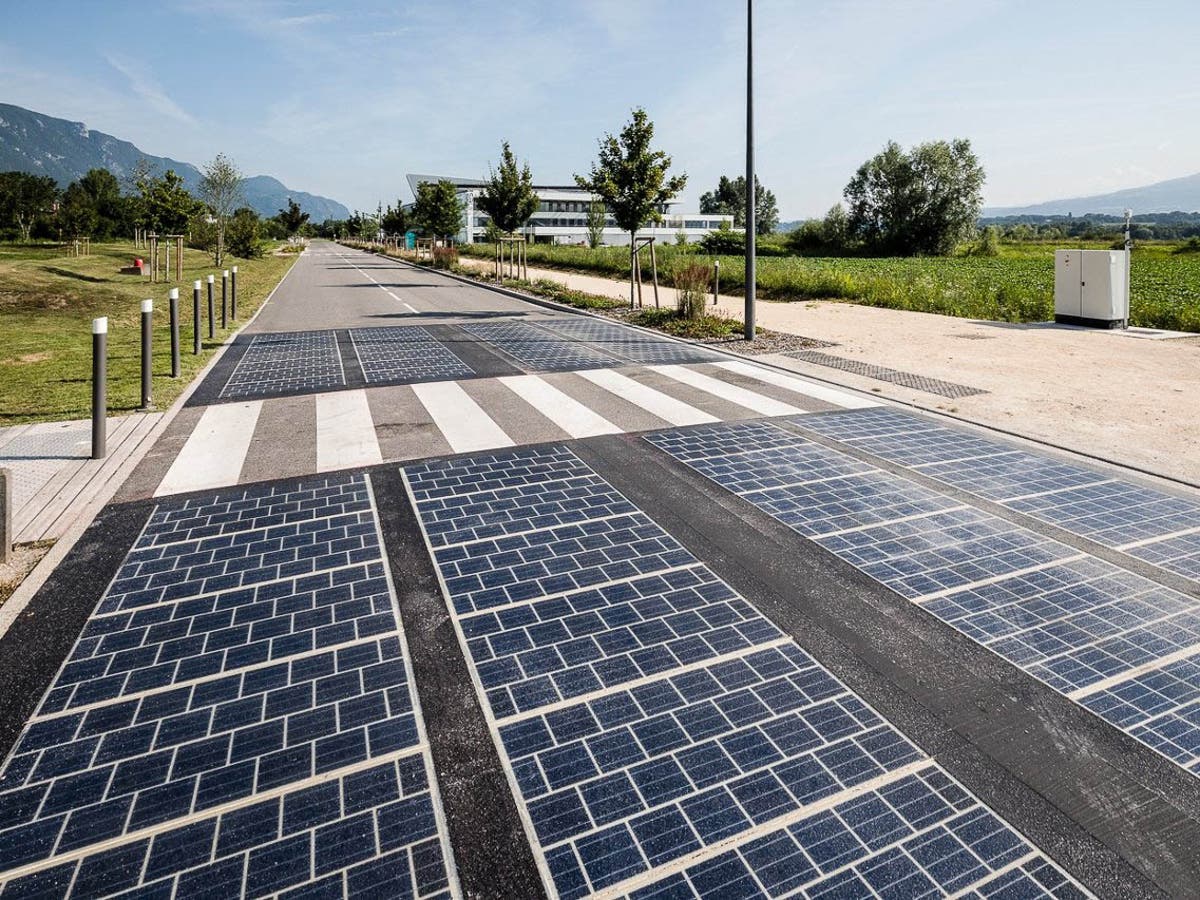 After building and testing the prototype courtesy of funding from the FHA (Federal Highway Administration) the couple plans to install their solar panels throughout the U.S. which will be a pretty big project considering the amount of highways and motorways that are in the U.S already.

A grid of using solar roads will not only help generate electricity for street lights and quite possibly surrounding homes, but could also significantly reduce the CO2 levels in the atmosphere by providing a means of clean reusable energy. The long term aspiration of the couple is to replace the power grid with a smart grid, which will not only help the environment, but also the economy as well.

According to the latest in solar technology news regarding Solar Roadways, the project is already the highest grossing campaign in the history of IndieGogo, and while its run on the crowd funding website still has a few days until it ends, the Solar Roadways campaign has gone way passed its initial goal of one million dollars. What made all this possible was the contributions that have been made by more than thirty-five thousand people from over forty countries. Way to go Scott and Julie!

The Major Things to Consider When Buying Portable Speakers