0
Getting inside the mind of customers is a challenge as behaviors and demands shift, but Clootrack believes it has cracked the code in helping brands figure out how to do that.
It announced $4 million in Series A funding, led by Inventus Capital India, and included existing investors Unicorn India Ventures, IAN Fund and Salamander Excubator Angel Fund, as well as individual investment from Jiffy.ai CEO Babu Sivadasan. In total, the company raised $4.6 million, co-founder Shameel Abdulla told TechCrunch. 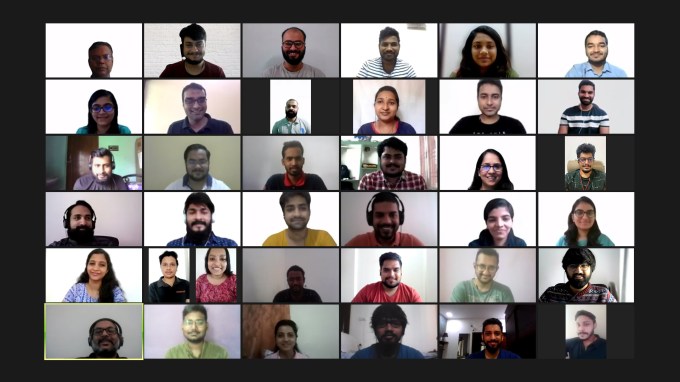 Clootrack is a real-time customer experience analytics platform that helps brands understand why customers stay or churn. Shameel Abdulla and Subbakrishna Rao, who both come from IT backgrounds, founded the company in 2017 after meeting years prior at Jiffstore, Abdulla’s second company that was acquired in 2015.
Clootrack team. Image Credits: Clootrack
Business-to-consumer and consumer brands often use customer satisfaction metrics like Net Promoter Score to understand the customer experience, but Abdulla said current methods don’t provide the “why” of those experiences and are slow, expensive and error-prone.
“The number of channels has increased, which means customers are talking to you, expressing their feedback and what they think in multiple places,” he added. “Word of mouth has gone digital, and you basically have to master the art of selling online.”
Clootrack turns the customer experience data from all of those first-party and third-party touchpoints — website feedback, chat bots, etc. — into granular, qualitative insights that give brands a look at drivers of the experience in hours rather than months so that they can stay on top of fast-moving trends.
Abdulla points to data that show a customer’s biggest driver of brand switch is the experience they receive. And, that if brands can reduce churns by 5%, they could be looking at an increase in profits of between 25% and 95%.
Most of the new funding will go to product development so that all data aggregations are gathered from all possible touchpoints. His ultimate goal is to be “the single platform for B2C firms.”
The company is currently working with over 150 customers in the areas of retail, direct-to-consumer, banking, automotive, travel and mobile app-based services. It is growing nine times year over year in revenue. It is mainly operating in India, but Clootrack is also onboarding companies in the U.S. and Europe. Parag Dhol, managing director of Inventus, said he has known Abdulla for over five years. He had looked at one of Abdulla’s companies for investment, but had decided against it due to his firm being a Series A investor.
Dhol said market research needs an overhaul in India, where this type of technology is lagging behind the U.S.
“Clootrack has a very complementary team with Shameel being a complete CEO in terms of being a sales guy and serial entrepreneur who has learned his lessons, and Subbu, who is good at technology,” he added. “As CMOs realize the value in their unstructured data inside of their own database of the customer reviews and move to real-time feedback, these guys could make a serious dent in the space.”

The electric Mercedes-Benz Concept EQG is an automotive icon reimagined