Famous American artist Keith Haring (1958-1990) was a social worker and an unorthodox artist. His witty designs carried the essence of stark reality, thereby creating a niche for themselves. Keith’s artistry became a part of the popular youth culture. His revolutionary art became a fad that cut across the formal boundaries to reach out to the streets of New York, through graffiti, cartoons, sculptures, and the other forms of visual art. His most distinguished works have not been any standalone pieces, rather some cartooned icons that became recurrent media for portrayal in his works. The most popular of these icons were “The Radiant Baby,” “The Barking Dog,” and “Andy Mouse.”

Of these, “The Radiant Baby” brought Keith Haring into the limelight as the pioneering ‘Modernist’ artist of the masses, who established his identity even among average people. Haring’s affinity to babies was probably an influence of his upbringing in a big family, with him being the eldest among his siblings. “The Radiant Baby” is often argued to be his self-portrait, although Keith denied it repeatedly. “The Radiant Baby” began in the early 1980s, with a bold outline sketch of a crawling baby, having the rays of radiance all around. Like most of his works, these sketches were simple outlines, rather than elaborate artistic delineation of human anatomy. 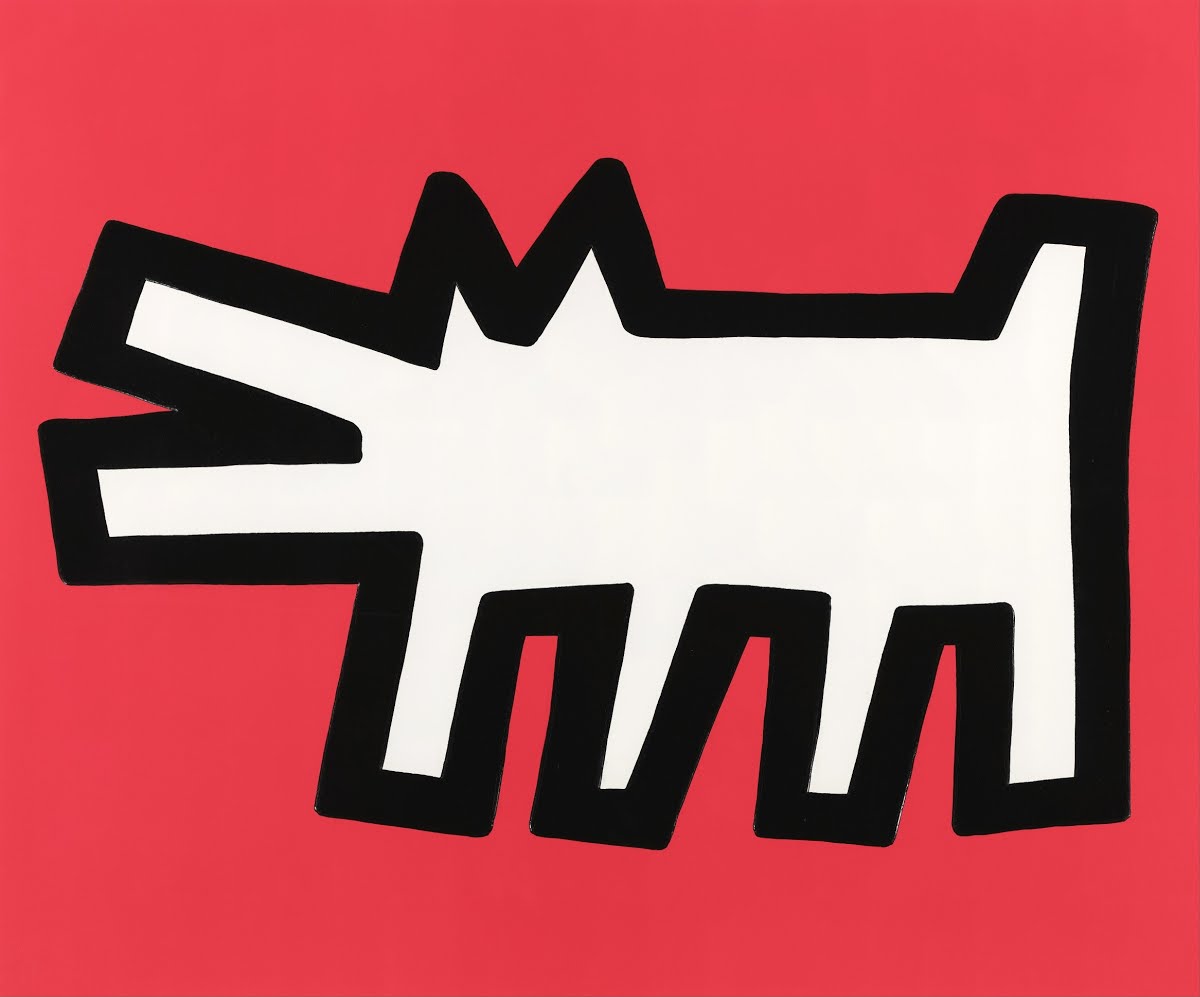 The “Radiant Baby” first found its place in the subways of New York, as wall graffiti and later on, in the series of Haring’s works on the other types of media. This infant was not merely a representation of a powerless human child. It instead was an embodiment of innocence, freedom from human vices, youthfulness, energy, magic, and power, the traits of which were featured in Haring’s more profound imageries, without it being an ‘active’ participant in the scene. The baby appeared in various natural and unnatural themes, including fertility, spirituality, sexual liberation, social evils, and the supernatural (like UFOs). In one of his works against nuclear proliferation, Haring has depicted the baby amidst thick smoke and angels, above the images of two people at war. Despite its high complexity, this sketch conveys its message in unambiguous terms, which was a trademark quality in all his art. In its ‘happier portrayals,’ “The Radiant Baby” was the focal point in the subjects covering festival greetings, celebrations, health, and radiance. In fact, this symbol, with all of its modified forms, appeared in almost all the genres of subjects Haring took.

In 1980s, Keith came up with an innovative idea for popularizing “The Radiant Baby” through button-pins, which he would hand over to the passersby and onlookers at the subways, in the lieu of his ‘visiting cards.’ Although, Haring described “The Radiant Baby” Buttons as souvenir to his admirers, public understood that it’s his cost-efficient advertizing instrument, referenced as ‘logo.’ Nevertheless, the influence of “The Radiant Baby” cannot be shrugged off as a mere marketing gimmick, as it remained throughout Haring’s artistic journey in all his pursuits, expressions, and quest for social good.

Digital Cameras And The Modern World