The CEOs of ride-hailing companies Uber and Lyft are taking a stance on Senate Bill 8, the Texas law that bans abortions after about six weeks of pregnancy. Lyft CEO Logan Green said Friday that the company has created a legal defense fund to cover all legal fees for drivers sued under the new law.
“TX SB8 threatens to punish drivers for getting people where they need to go- especially women exercising their right to choose,” Green said in a tweet. “Lyft has created a Driver Legal Defense Fund to cover 100% of legal fees for drivers sued under SB8 while driving on our platform.”
Catch up on the biggest news stories in minutes. Delivered on weekdays.
Uber CEO Dara Khosrowshahi retweeted the statement, adding, “Right on @logangreen – drivers shouldn’t be put at risk for getting people where they want to go. Team @Uber is in too and will cover legal fees in the same way. Thanks for the push.” 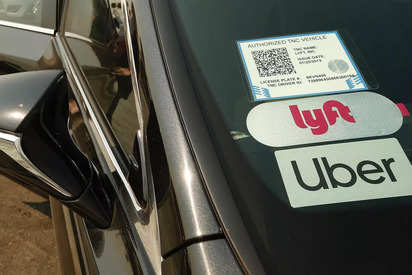 Green added that Lyft is donating $1 million to Planned Parenthood “to ensure that transportation is never a barrier to healthcare access.”
The Texas law is one of the most restrictive abortion laws in the country, with no exceptions for rape or incest. It allows individuals to sue people aiding in an abortion, including doctors and anyone helping to pay for the procedure or driving the person to a clinic, The New York Times reported.
Earlier this week, Match Group CEO Shar Dubey spoke out against the law, saying in a memo to employees on Wednesday that she’s “shocked that I now live in a state where women’s reproductive laws are more regressive than most of the world.” Additionally, Bumble said on Instagram that it’s creating a relief fund “supporting the reproductive rights of women and people across the gender spectrum who seek abortions in Texas.”

iPhone 13 vs. iPhone 12: All the biggest rumored differences between Apple’s smartphones